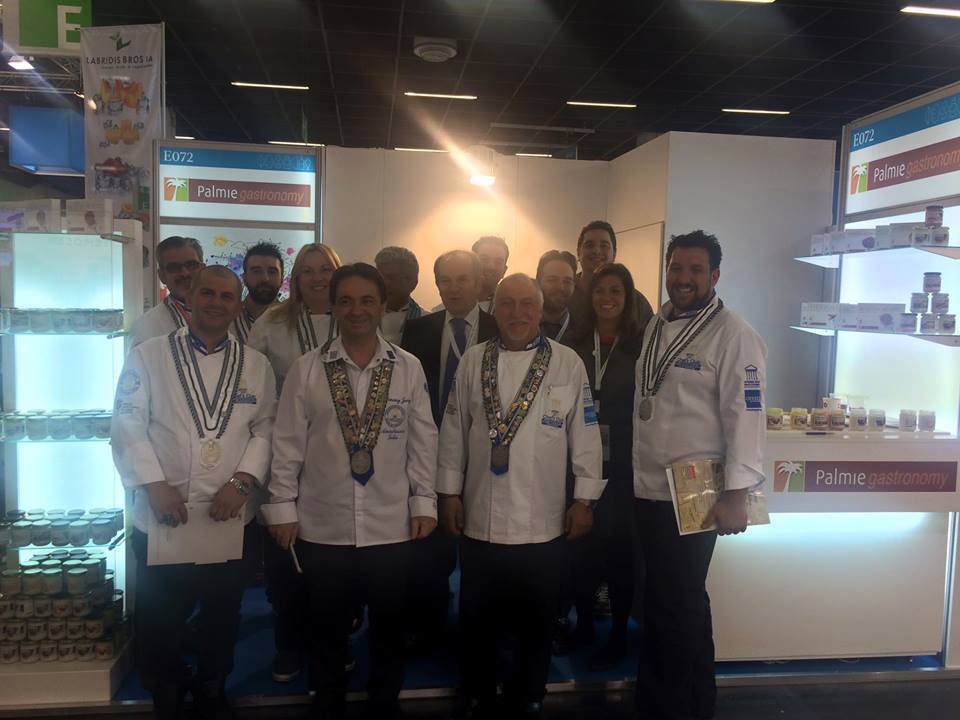 New agreements and discussions on expansion abroad was the outcome of Palmie gastronomy’s participation in the international Anuga Foodtec 2015, which was held in Cologne from 10 to 14 October 2015.

During this world/s leading food fair for the retail trade and the food service and catering market, which attracts an impressive number of exhibitors and visitors from all over the world, the main production unit of Palmie bistro Group, made the most impressive old and new flavours’ launch, thrilling everyone with its based on inspiration, originality and quality presence!

The attendance at Palmie gastronomy’s stand was highly satisfactory, as many potential partners who understand the enormous value of Greek raw materials and traditional recipes of our country, have shown great interest in investing.

Returning from Cologne, Palmie bistro Group’s General Manager, Dr. Alexia Koutroulia stated: '' We are extremely satisfied with the outcome of our participation in the most prestigious event in the world food industry! During the Food Fair we came in touch with a huge part of the most targeted audience, attempting and finally managing to reinforce Palmie gastronomy’s name abroad, through the promotion of all fine Greek raw materials, which are certainly the cornerstone in creating our recipes and other delicious suggestions.